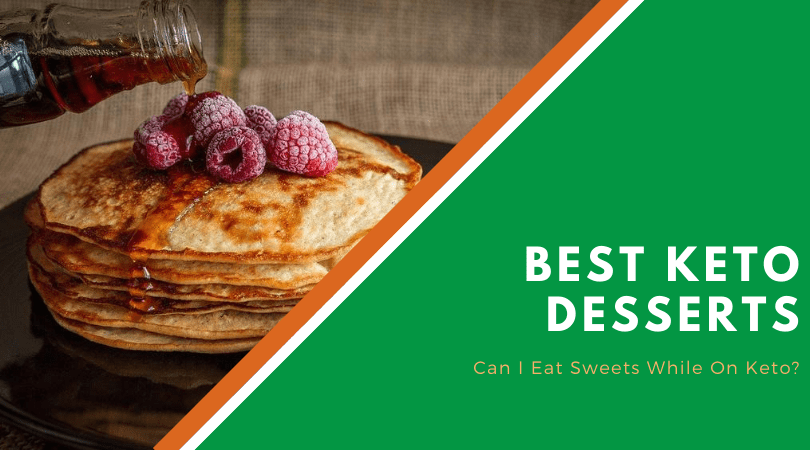 It’s time to set the record straight and do a little myth-busting; you absolutely should not have to sacrifice your love for sweet treats just because you’re on a diet. You know the phrase ‘you can’t have your cake and eat it too’? Well, it’s time to throw that out completely.

If you’ve decided to go Keto, you might be thinking, ‘how can I possibly satisfy my sweet tooth without going over my carb limit??’

Trust us, we’ve been in the same situation, and it sucks! But don’t worry, we’ve decided to pool our Keto knowledge and experience and help you figure out a way to still treat yourself without breaking your diet.

So, with that on our minds, we set about the task of creating a list of Keto desserts that you can make from the comfort of your own kitchen! All of these desserts are quick and easy to whip up and are guaranteed to be 100% delicious! 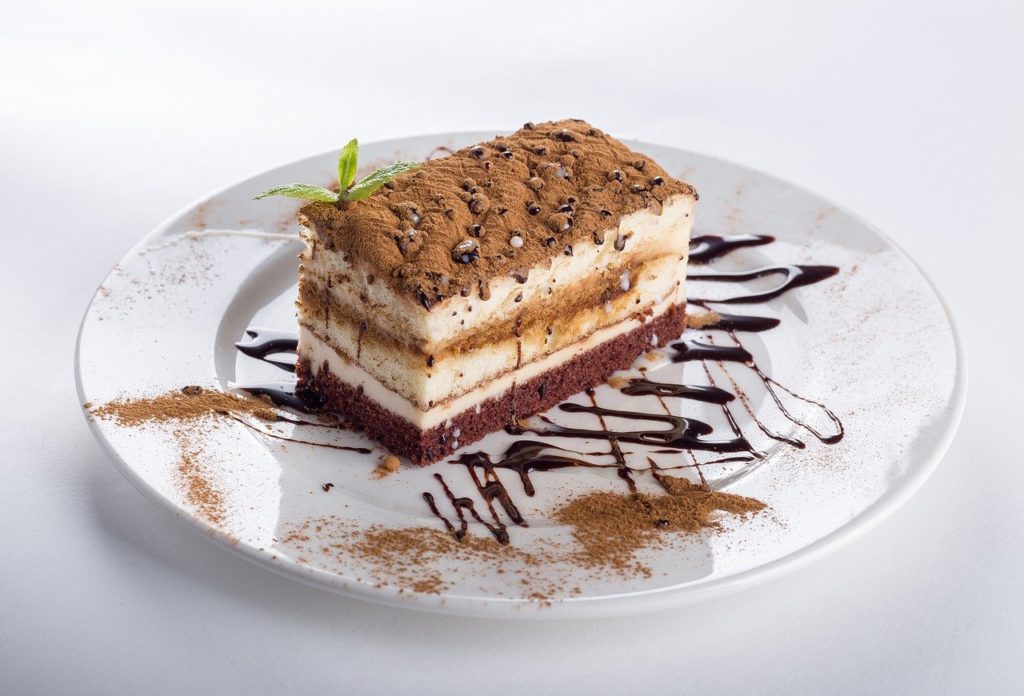 What Is the Keto Diet?

The chances are that you already know what the Keto diet is, but on the off chance that you’ve been living in a remote corner of the world for the past few years, we’ll give you a quick run-through.

The Keto diet, put simply, is a low carb, high-fat diet. It puts the focus on limiting your carbohydrates as much as possible.

It keeps your insulin levels nice and low – when your blood sugar doesn’t spike out of control, you’re less likely to get insatiable cravings and overeat. You’re also less likely to accumulate stubborn fat!

You may we wondering how on earth it’s possible to make some of your favorite desserts and sweet treats safe for a Ketogenic diet, and we wouldn’t blame you if you were just a little bit skeptical.

But I can assure you, hand to my heart, that these are Keto friendly. All these recipes need are some Keto swaps, and we’re going to take you through those now.

Traditionally, the flour that you’ll be familiar with in baking in wheat flour. This is actually relatively low in nutrients compared to other kinds of flour, meaning it’s not really essential for any kind of healthy diet. It’s also definitely NOT Keto-friendly, so let’s talk about the two biggest and most popular swaps.

Almond flour is probably the most commonly found swap for regular wheat flour on the market right now. It’s so popular for a good reason – it’s high in protein, which regular flour isn’t.

This means that it’s more likely to keep you feeling satisfied for longer, so you’re less likely to reach for another brownie and creep over your daily calorie allowance.

Almond flour is also high in vitamins and essential minerals, which regular wheat flour lacks so poorly. This makes it a great swap, especially when you factor in the increased fiber.

For those of you among the audience who suffer from unfortunate nut allergies, you obviously won’t be able to use almond flour as an alternative to wheat flour. Instead, coconut flour is a great option.

Coconut flour is high in lauric acid, which is a healthy saturated fat. Before you throw your hands up in a panic about the fact that we’re recommending a saturated fat, you should know that lauric acid is actually very important to maintain your skin and the health of your thyroid.

It’s also very high in fiber, which is great for aiding your digestion.

You should note that if you’re planning on using coconut or almond flour, they behave a little differently to regular wheat flour that you may be familiar with already.

Generally speaking, coconut flour is more absorbent than almond flour or wheat flour, meaning that if you decide to use it as a substitute, you may need to adjust the quantities of the other ingredients accordingly as well. 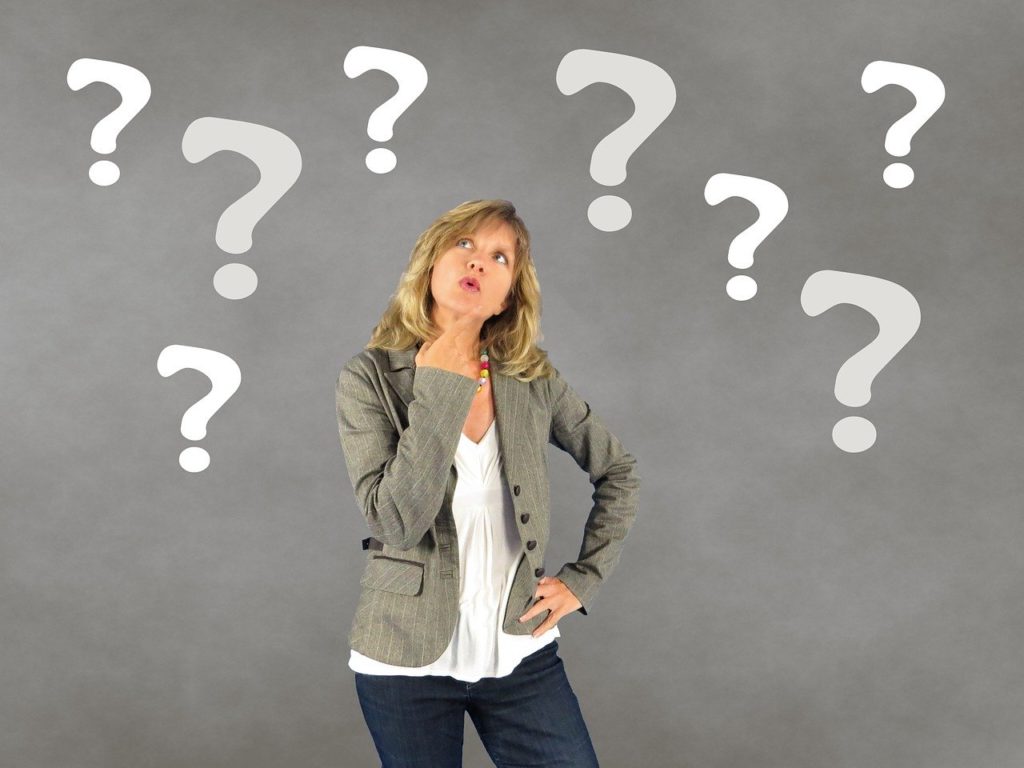 Now, you have a couple of options out there if you’re substituting for sugar, but we recommend using sugar alcohols. Sugar alcohols are low carb and low-calorie options for sweeteners.

If you know that this is an issue you might suffer from, alternatives that you might benefit from using include Monk Fruit Sweetener and Stevia.

Now that we’ve gone through the list let’s get down to business! You’re here for the recipes, so let’s hand them over!

Just in case you’re wondering, we’ve ordered these in terms of how easy they are to make, taking into account how long they take and how many ingredients they require.

We don’t play favorites here, and even if we did, we wouldn’t be able to choose between these desserts!

It takes ten minutes, it’s delicious, and best of all, it’s chocolate. What more could you possibly want?!

One of the things that makes this so simple is that it only uses a grand total of four ingredients, which means this is something you can probably just whip up (no pun intended) if you have some friends over.

Seriously, it’s three steps, that’s it! This dessert is easy to prepare, and you don’t even need to chill it for hours to make it. Because the cream comes straight from the fridge, it’ll be nice and chilled anyway.

Brownies are a classic for a reason. They’re easy to make, they’re relatively quick, and they’re delicious.

Plus, you can easily divide them up amongst a group of people, making them a fantastic addition if you’re planning on going to an event and need to bring along a sweet treat!

Now, to make brownies even better (if that was even possible!), we bring you – the keto brownie!

Let the brownies cool completely in the pan to retain their shape, before cutting them into squares.

In my opinion, these are more of a fall treat because of that decadent cinnamon taste, but they can absolutely be enjoyed at any time of the year, don’t worry.

These heavenly mini muffins are quick and easy to make. I personally love them if I know I’ve got some friends coming over for coffee in the afternoon or for dinner.

One of the things I’ve struggled with since going Keto is the social aspect – most sweet treats are off-limits now, so there’s no more cake and coffee for me. Until now, that is!

Now, you may be thinking that a cheesecake should technically already be keto-Friendly, right? Well, the good news is that it basically is Keto-Friendly already! The only changes that need to be made are the sweetener that you decide to use and the way you may your crust.

We know this one will take a little longer than the others to make, but most of that time actually goes into just waiting for it to chill in the fridge. The actual making and baking process doesn’t take that long at all.

A couple of tips for making the best cheesecake that’ll even have your non-keto friends drooling:

Well, I don’t know about you, but doing all of this has made me seriously hungry! You can find more inspiration in our recommended Keto Cookbooks.

One of the important things to remember when you embark on any kind of a diet (including Keto) is that you don’t have to restrict yourself to never eating the foods you love again.

Doing that doesn’t put you in a healthy mindset, and it actually makes you more likely to binge eat and undo all the progress you’ve worked so hard for.

We’re not saying you should be making a cheesecake every couple of days, but you should remember that on any kind of a diet, you shouldn’t be cutting out sweet foods entirely. Giving yourself a little treat every so often (in moderation, of course) helps satisfy that sweet craving, and is good for the soul!

Why not try that theory out with one of these delicious desserts?