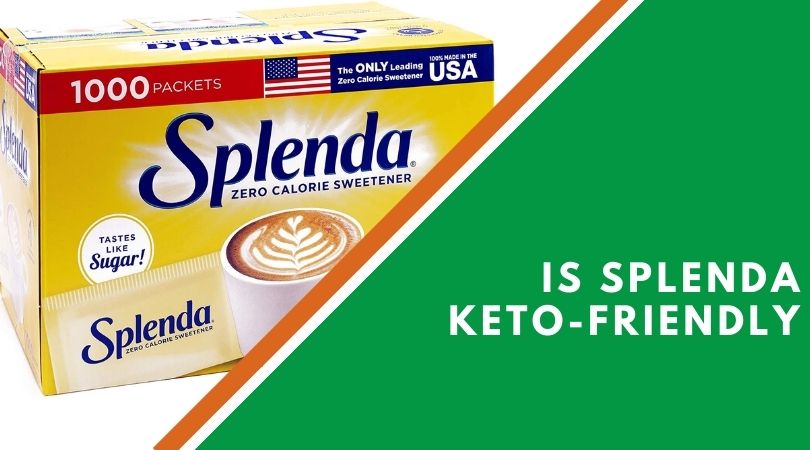 Considering that a great number of people are now following the keto diet, it’s no surprise that the market is flooded with various sugar substitutes, all claiming to work the same way: replace sugar with a reduced number of calories. Splenda, a popular sugar substitute, can be keto-friendly when used in moderation.

In the following sections, we’ll get into the specifics of what Splenda is, how you can use it, how it factors into a keto diet, and the general effects of Splenda on your body.

If you’ve come across Splenda before at eateries or seen them included in a recipe for a keto meal, you may be wondering what it is. Well, you’re not alone. While many people following the keto diet are well-aware of what stevia and monk fruit sweeteners are, few of them know what Splenda is. 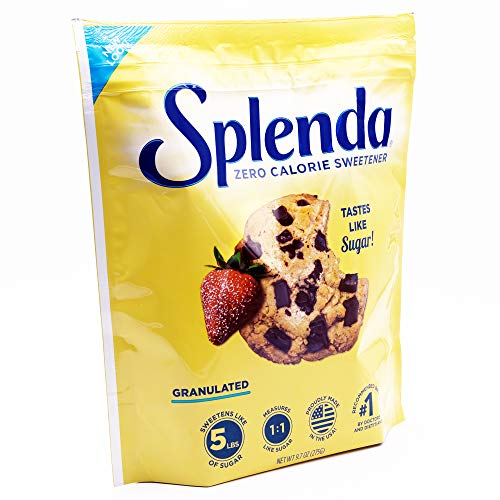 In essence, Splenda is an alternative sweetener for sugar that is approximately 400 times as sweet as regular sugar. How? It contains sucralose, which is derived from chlorinated sugar that reacts with the sensors within your mouth. This is what makes it tastes sweeter than sugar.

However, it differs from sugar on one major point: it contains far fewer calories. Now, you shouldn’t confuse sucralose with Splenda – they’re not the same thing. While organic, unadulterated sucralose does not contain any calories, Splenda does.

You’ll find that Splenda contains dextrose and maltodextrin, both of which contain calories. Dextrin, in particular, is a form of glucose that’s extracted from corn and contains a fair amount of calories. Despite these bulking ingredients, Splenda has far lower calorie content when compared to sugar.

To put a number on it, a pouch of Splenda sweetener contains approximately 3.75 calories. This is mainly what makes Splenda a viable sweetening option for those following the keto diet. You can use Splenda to prepare keto foods in fewer quantities than you would use sugar.

Benefits Of Using Splenda For Keto Since you now have a fairly clear idea of what Splenda is, we can discuss the various benefits of using it in a keto diet. Firstly, it’s a viable sugar substitute. It contains a fraction of the calories that sugar does, which makes it ideal for those following keto.

Moreover, you can use Splenda to flavor a variety of keto recipes that you’ve been wanting to try out but cannot find a sweet enough substitute for. For instance, you can use stevia, monk fruit, and other keto sweeteners, but none of these are anywhere near as sweet as sugar.

Therefore, you end up using these sugar substitutes in larger quantities than you would use sugar. This can burn through your money pretty quickly as you’ll have to purchase more of these alternatives just to achieve the same level of sweetness as sugar to flavor a variety of keto foods.

As discussed above, Splenda is much, much sweeter than sugar. You’d be able to use a far smaller quantity of Splenda than you would use sugar to flavor your beverages and keto meals as you did before.

Splenda may fit into the category of keto sweeteners with its low-calorie profile, but this doesn’t mean that it’s a healthy alternative to sugar overall. In other words, just because a food is low in calories does not mean that it only benefits your health and has no side effects.

Splenda is a fine example of this, considering it’s a low-carb sugar substitute that does not have a lot else to offer. I say this mainly because Splenda contains sugar additives that can raise your blood sugar level. It could give your insulin levels an unhealthy boost as well.

This is why Splenda usage is not recommended for those who suffer from diabetes and other related conditions. After all, you don’t want to replace sugar only to consume something just as bad or worse, all in the name of keto.

Also, interestingly, Splenda could lead to unwanted weight gain, which completely defeats the purpose of its inclusion in the keto diet. The number one reason Splenda could cause you to gain weight is by boosting the absorption of glucose in your intestine. It also alters your appetite which could lead you to feel less sated after you’ve consumed it than is the case with other keto sweeteners.

Another great disadvantage of using Splenda is that it’s not suitable for cooking. When subjected to high temperatures, it can break down into compounds that could negatively affect your health. This is especially true when you add Splenda to glycerol and heat them together. 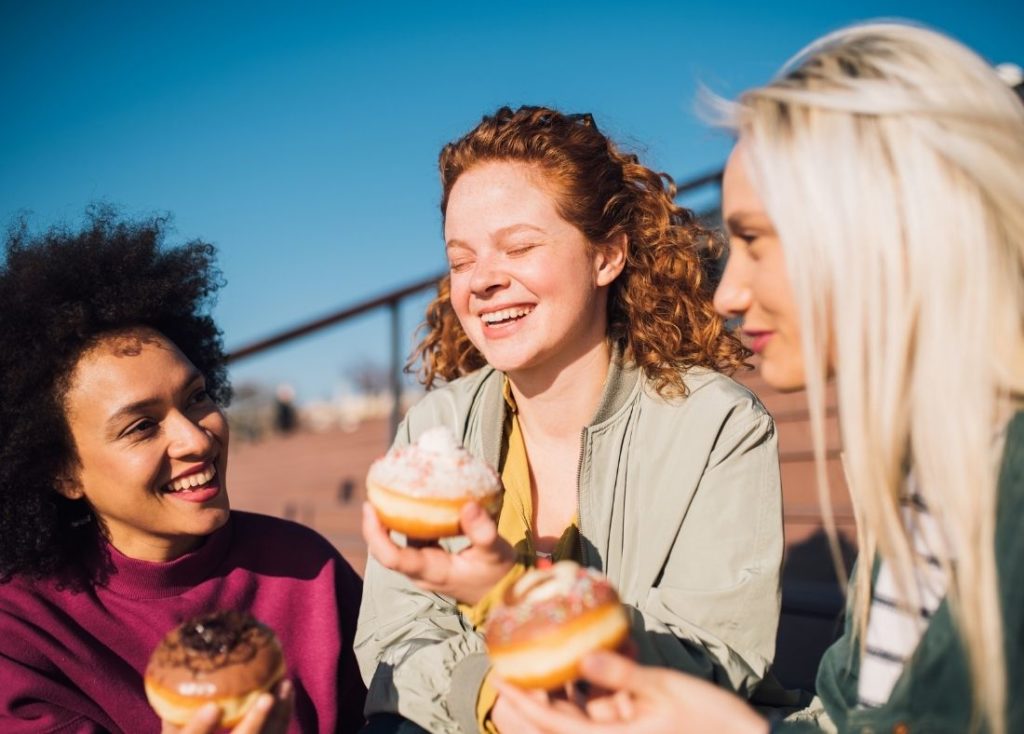 Let us now address a few FAQs regarding Splenda as a keto sweetener.

A – There are several health concerns to consider before you start using Splenda, but the risk of cancer is barely present among them. Unless you consume abnormally large amounts of Splenda regularly, you have no reason to worry about it exposing you to cancer.

Q – Does Splenda Have Side-Effects?

A – Yes, Splenda does have some side effects, the most common of which is the effect it has on your gut. Though there isn’t adequate research on the same yet, several studies have shown that Splenda can inhibit the production of good bacteria in your gut, which can lead to health concerns in the long run.

A – While Splenda doesn’t come cheap, it’s not expensive either, considering you need to use it in far smaller quantities than you would use sugar to achieve the same level of sweetness.

Even though Splenda is not as popular as stevia and other keto sweeteners, it’s quickly being recognized as an effective sugar substitute. As long as you don’t have diabetes and don’t wish to consume Splenda in large quantities on the regular, there’s no reason it won’t work as well for you as sugar does (or did).

If you wish to replace sugar (or even an alternative keto sweetener) with Splenda, you could start by checking out this Splenda Zero Calorie Sweetener. This sweetener is not as sweet as sucralose and works in a 1:1 ratio quantity as compared to sugar. This makes it easier to use when flavoring foods than other keto sweeteners. 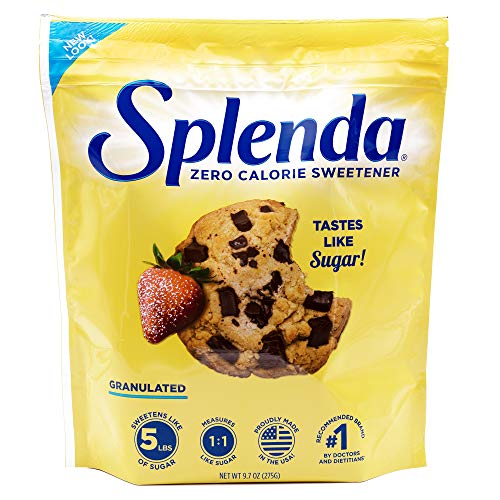